Did you want to know the top 10 Assamese movies of all time?

Well, today in this post I’m going to share with you the top 10 Assamese movies of all time ranked by highest-grossing rate.

Assamese movies were mainly created by the Assamese film industry also known as Assamese cinema or Jollywood based in the Assam state of India.

The Assamese film industry was born in 1935 when Jyoti Prasad Agarwala released his movie Joymoti. Joymoti (1935) is the first Assamese film. 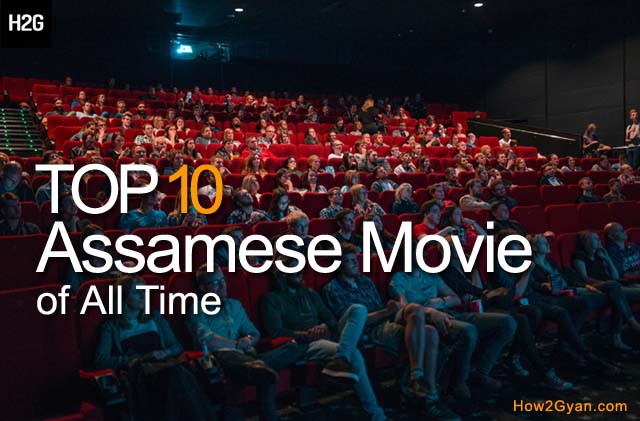 Top 10 Assamese Movies of All Time

Here are the top 10 Assamese movies of all time ranked according to their highest-grossing rate.

Basundhara is a 2009 Indian Assamese language drama film written, directed, and produced by Hiren Bora. The film stars Barsha Rani Bishaya and Saurav Hazarika in the title role along with Bishnu Kharghoria, Ifftikar Ahmed, and Prithiraj Rabha. The film Basundhara also won the Best Feature Film in Assamese award in the 57th National Film Awards for 2009.

Doordarshan Eti Jantra is a 2016 Indian Assamese language comedy-drama film directed by Rajesh Bhuyan and produced by Sanjiv Narain under the banner of AM Television. The movie stars Jatin Bora, Prastuti Parasar, Moonmi Phukan and Utpal Das in the led roles.

Hiya Diya Niya is a 2000 Indian Assamese language romantic drama movie directed by Munin Barua and produced under Pooja Motion Pictures. This movie was a blockbuster hit and help to revive the Assamese film industry again in the track. The music of the film “Hiya Diya Niya” is composed by Zubeen Garg. The film starts Jatin Bora, Luna Lahkar, Ravi Sarma, Geetawali Rajkumari, Nipon Goswami, Chetana Das, Hiranya Das along with other artist.

Joymoti was the first Assamese film released on 10 March 1935 directed by Jyoti Prasad Agarwala. The film based on the story of 17th-century Ahom princess Soti Joymoti. The film “Joymoti” stars Aideu Handique and Phunu Barooah in the led roles.

Priyaar Priyo is also a Munin Barua-directed 2017 comedy-drama and romantic blockbuster Assamese movie which stars Zubeen Garg, Aradhana Buragohain, and Pranjal Saikia in the led roles along with other talented artists. The film songs are directed and composed by Zubeen Garg.

Kanchanjangha is 2019 released another back to a back blockbuster movie written and directed by Zubeen Garg and produced along with Garima Saikia Garg and Shyamantak Gautam. The film stars Zubeen Garg, Pinky Sharma, Sasanka Samir, Dhritiman Phukan, Pabitra Rabha, and Atanu Bhuyan.

Ratnakar is the highest-grossing blockbuster Assamese movie of all time. Ratnakar movie released on 11 October 2019 directed by Jatin Bora and written by Abhijit Bhattacharjya and produced by himself and Navanita Sharma under the banner of J.B. Production. The film stars  Jatin Bora and Barsha Rani Bishaya in lead roles with Nishita Goswami, Pabitra Bora, Chetana Das, Sanjeev Hazarika in supporting roles.
These are the top 10 Assamese movies of all time by the height grossing rate.
Also, read next, top 10 best Assamese music YouTube channels in 2021
I hope you like the information. If you really like to read our blog posts then please share them on social platforms – Facebook, Twitter, WhatsApp, etc. And also I’d like know your favorite Assamese movie on the comment section below.